There's likely to be some cap for how big a group can grow, but if it's planned right, a group of thousands doesn't take longer to process than a group of 5 because changes are based on percentages. Each month there's a chance that 0 to all women of a certain age give birth, and it's likely that most women give birth every three years if the food is optimal. This will make the population grow rapidly, because a woman can give birth to up to 13 children in a lifetime. In the future, there will be renewable resources, so a location can support a population of a certain size. In real life it would only be 2 people per square km when foraging but I think we can bend that. If a group exceeds the safe limit, they will either have to split and migrate some to a new location or their nutrition will fall below optimal, births will drop and people can fall ill and die, until the population is again below the safe limit. Just like in animal populations that crash after they have eaten all their prey, it will bounce back and keep making a wave pattern. Unless the PC convinces the population to switch to farming, which can support a larger group.
Not-so-sad panda
Top 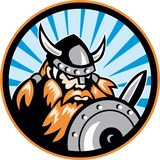 So it's been about 3 weeks since I last posted. I made a lot of progress on the group system but now I've come to realize I will have to rewrite the whole combat and weapons system, and it's not going to be easy. The new system will handle the whole combat as one event instead of a series of hits. The stats of the attacker(s) and defender(s) (and their weapons) affect the probability of each possible outcome. For example when you are hunting with a group, the possible outcomes are:

Basically if it rolls that somebody gets hurt, it counts a damage pool and then how many people the damage is divided between and whether you are one of those. It's possible that the whole pool goes to one person. If it's a big pool then someone might die. Whenever you do something heroic, you gain respect points, and whenever you do something cowardly, you lose them. Once you have 1000 or more respect points, you can start trying to win leadership of the group.

So currently it's supposed to tally up the damage potential of the group based on which weapons they are using. The problem is, currently there are three types of damage, which have different scales. They will have to be merged in order for this to work. Finding the best values will most likely rely on trial and error, which means a lot of testing will be needed. Also at some point I would like to take into account that a skilled person with a bone knife is more dangerous than a child with a sword. When weapons are given to a group, it can be assumed that everybody uses a weapon that best suits their skills, but when PCs are fighting individually or with each other, it will need to eventually utilize skills. If I decide to add group skills, the group will gain experience as an entity instead of individuals. One idea would be to give weapons difficulty ratings bound to their weight, and if you don't have enough strength or skill, your damage potential will be greatly impaired.

Edit 2: I had this budding idea on how to take skills and weapons into account without making it too complicated. Skills and weapon stats would both be multipliers that made you count as more than one person, or as a fractional person depending on how good you were. So somebody with a crossbow could be worth two people. The good thing about this it's easy to tweak the numbers, so what ever I use for testing doesn't have to be final. Also I can give each weapon a difficulty rating, and if you don't have enough skill levels, you would get a less than 100% multiplier instead of what skilled users get, so this would give unskilled fighters a reason to stick to simple weapons such as knives and clubs.
Not-so-sad panda
Top

I'd also like to remind you that if you forget your password, I can get you a new one, so don't let yourself get locked out. There might not be many new features to test at the moment, but I'm working on it, and I can also see when people last logged in, and it's a pretty desolate sight. Also I'm encouraging people to modify the urls and try to find loopholes.
Not-so-sad panda
Top

Most recently I updated the resource system. It doesn't show on top much but now resources that come from the same plant or tree are bound together and are aspects of the same thing.

I also changed the foraging system, so now you can only find clay in squares that have clay in the soil, stones in squares that have visible rocks, wood in squares that have trees and seaweed and shellfish only in water. Also non-aquatic resources can't be found in water anymore. Also the character moves in a spiral while searching for deposits, so they won't stay still like in the past. Now it actually matters what's around you locally, so if you forage mindlessly without looking at the map, there's a chance you won't find what you're searching for.
Not-so-sad panda
Top

These updates all sound really cool. I can't wait for work to let up a little so I finally get some time to go in and test some more.
Top

Thanks. There might be a lot of new bugs, since I found several while updating the system, and it's likely that I missed something.

I will still need to figure out how I want to do eating in the new system, because currently if it works for some resources, that is completely coincidental. There's a chance that the resource system change broke it completely. It's not one of the top priorities at the moment. I should work on the wounds and healing system next. I'm planning to simplify it a lot.
Not-so-sad panda
Top

Have baby been implemented yet cause i have a chance to test it i have a male char and a female has just shown up whos name is Samantha
(\__/)
(='.'=) This is Bunny. Copy and paste bunny into your
(" )_(" ) signature to help him gain world domination.

I haven't gotten that far yet. Btw Samantha is one of my characters. I was originally going to send a male character but it turned out he's trapped between two rivers and can't get out before I implement fording rivers.
Not-so-sad panda
Top

Oh damn i thought we both were testers but thats cool tho i need to find something hard amd polishable lol
(\__/)
(='.'=) This is Bunny. Copy and paste bunny into your
(" )_(" ) signature to help him gain world domination.

Did you recive anything from me i tried handing her something back a black screen popped up in the top corner there was little writing
(\__/)
(='.'=) This is Bunny. Copy and paste bunny into your
(" )_(" ) signature to help him gain world domination.

No. I tested it too and it says receiver id is not numeric. I will look into it. Edit: It turns out a variable name was wrong where it checks if it's numeric. Easy to fix.
Not-so-sad panda
Top

Some days I just feel like giving up because it feels like no one really cares about this game. Some days I'm thinking about what am I even trying to accomplish? I get these feelings especially when I've gone days or weeks without being able to produce any significant code. I do a lot of background work but actually coding things is a challenge. Also there is currently a major roadblock in trying to figure out how to get cronjobs to work. Things are slowed down because it's a shared server and I can't have access to anything outside of webroot including cpanel, because there's no way to prevent me from messing with the owner's other sites in that case. I couldn't ask him to trust me enough to grant me root access.
Not-so-sad panda
Top

Giving up this early? You can't do that you already made great progress on a solid project
Top
Post Reply
154 posts