A friend of mine and myself have embarked on a role-playing collaboration within Second Life called Lightbridge. It is historical role-play set in Lightbridge, a fictional town within the English-occupied Calais region in France. The year is 1529, Henry VIII is sitting on the throne of England and the reformation is looming.

We are in serious need of strong male characters. You see, most guys in second life do shoot-em-up or vampire roleplay, and attracting them to this kind of sim is nigh impossible. As Cantr is filled with players of both genders that navigate toward simulation role-play, I'm appealing to you for help!

Specifically, we need a Mayor and a Captain of the soldiers in the town primarily, and also need soldiers and other male tradesmen. Most of us play town leaders in Cantr, so this really is the same thing, except you have an added 3D environment and it's live-action as opposed to slow-paced. It was a big change for me, but one that I eventually adjusted to.

And yes, unlike Cantr, you'll have to spend some money on period clothing. A serious downfall of having a visual element is that you need to look the part. However, you can get a decent outfit for a small amount of RL money.

If anyone is interested, I'm very willing to help with the transition into SL if you're unfamiliar with it, as well as help shopping, etc.

I'm happy to answer any questions you have. Thanks!

Edit: And we're happy to have female characters join us too, but we really really need guys!
Hamsters is nice. ~Kaylee, Firefly
Top

Did you find any 'strong male characters' Doug? I'm just curious, I've been looking in to joining Remnants of Earth (SL cyberpunk sim). I'm not a strong male character by any means, just your 'average guy' that enjoys role-play. I'd probably be ok as a tradesman, in Cantr I'm the quiet one hiding out of the spotlight, I'm the shy one! 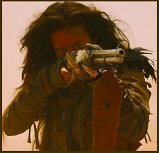 Doug, next time try centering your RP around anthromorphic foxes with 'fully functional', comically oversized penises, as I understand it that would cover about 80% of the Second Life population, no shortage of possible players there.

Hi Marian, so has Second Life changed since the end of last year? I don't know much about what goes on there, I've just been looking for some seriously fun RP'ing.. sadly I've not found any to date

Hi Marian, so has Second Life changed since the end of last year? I don't know much about what goes on there, I've just been looking for some seriously fun RP'ing.. sadly I've not found any to date

I actually have no idea, I haven't logged on in years, and even then my main entertainment from the game came from just wandering around marveling at all the weirdos. I just thought that was a more recent post by Doug.
Top

There's certainly a lot of weirdo types but then again it takes all sorts.. something for everyone I guess!
Top
Post Reply
6 posts • Page 1 of 1