BattleMaster is a team- oriented browsergame merging strategy and roleplaying. It is set in a low-fantasy middle- ages world and players take the role of nobles and lords.
BattleMaster is a light- weight game that can be played alongside your other activities. Although you can delve deeply into it and spend more time on it, about 15 minutes per day are enough for regular play, and 5 will do if you are in a hurry.
BattleMaster is also a game under active development. New features are being added and gameplay and balance are constantly tweaked to improve the game further. You can talk directly to the developers at the forum.
The game is played entirely through your browser, and many events happen turn-based. There are two turns every day, one called sunrise and one called sunset. Travel, battles, tax collection, elections and many other things happen at the turns. The time inbetween is for giving orders and doing many smaller actions, such as training or recruiting more soldiers. There is an intense and important political aspect to the game. Inside a realm, players struggle for power and promotion, such as becoming one of the few dukes of the realm. Realms, in turn, fight wars and build alliances, in an effort to survive and grow.

Some key points that make BattleMaster different from most other games, both browser-based and not:
The Storm is coming!
Top

If any of you need more info and/or help, just send me a PM.
You will be missing out the most awesome text based game on the internet if you don't check it out

.
The Storm is coming!
Top

.. And i think Cantr II is the most awesome text-based on internet. 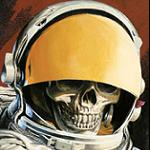 Just the name puts me off

When you're falling off a cliff you might as well try to fly.
Top

Battlemaster is a fantastic game I think. I know, dumb name, but the intense political discussions are actually quite interesting, and even more so if you are participating in one.

But it's kinda slow....more for players who can't find enough time to play other games. I used to spend 5-10 minutes on this game in one day, just paying my troops, viewing hundreds of messages and doing some other stuff. Now, I'm the King of a realm and I can spend hours on it. Basically, as you get more into the game, you'll find yourself playing longer. BattleMaster was an okay game 10 years ago, but it's been really pretty ruined by corrupt developers and a disinterested owner who gave up 5+ years ago on it because people weren't donating enough for his likes. I used to play with 6 or so friends, but they were all driven off long before I was. One of them played a priest and happened to RTO (religious take over) a region that was owned by the character of one of the developers... who then rolled that island back a week just so he could say it never happened, and then nerfed that entire class's abilities so it could never happen again.

If you like that sort of game, though, and don't mind rampant corruption and cheating, it can be pretty fun.

I never heard of such things, but I do agree that the developer is getting bored of the game recently. He's even released two other games - Might & Fealty (similar to Battlemaster except with more graphics) and Shopkeeper is currently in alpha testing (I'm one of seven alpha testers