We need to get phosphorus into some areas in the game, or remove it from the recipe for making bronze, because as it is copper, tin, and zinc are all useless without it, plus bronze would be nice to have, adding another dimension to the weapons people have.
Top 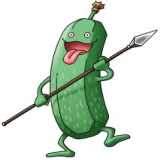 But then what is the point of having it, if I could just go get steel from the island I am already on, it is inferior in any case, or it should be, seeing as how it dosn't exist so it can't be tested.
Top

Then your character shouldn't have a need for it anyways.
Just get steel.
I wish Canada had palm trees for some variety.
But hey, pine trees do just fine.
Top

Yeah, the people who spawn on the new islands will have access to it. It's like the real world in that sense.
Just because you're older, smarter, stronger, more talented... doesn't mean you're BETTER.
Top

I doubt that... Well maybe other language groups might have all the stuff to make bronze but English region doesn't have certain spawn-points, thus you can only spawn in a place that has had two people on the moment a check happens.
Not-so-sad panda
Top

I've always thought bronze redundant. In human history, (I know Cantr is different,) bronze tools came before iron, but in Cantr it is so difficult to make I doubt anyone has bothered. If Cantr bronze was in some way superior to steel, well, that would be different, no matter how illogical.
Top

Cdls wrote:Explaining Cantr to a newb would be like explaining sex to a virgin.

Let the world hear these words once more:
Save us, oh Lord, from the wrath of the Norsemen!
Top

I guess bronzing baby shoes doesn't work, since there aren't babies. Statues of leaders that can be toppled when a democracy forces freedom in an area?

tiddy ogg wrote:I've always thought bronze redundant. In human history, (I know Cantr is different,) bronze tools came before iron, but in Cantr it is so difficult to make I doubt anyone has bothered. If Cantr bronze was in some way superior to steel, well, that would be different, no matter how illogical.

It seems like the logical thing would be to make bronze easier to make, for those reasons (especially now that we have item rot to balance it by decaying faster, which I believe was the excuse for not having it before), but instead for some weird reason they've decided to make it the most difficult metal to get in the game.

No one's going to work harder and take more time to make something that's inferior, as well as completely pointless once you have iron shovels anyway.

Racetyme's right, if it's not going to be implemented in a balanced way that makes even the tiniest amount of sense, just take it out and be done with it.
Top

Torch gave me a good idea. Maybe bronze could be used in statues? You could make a statue in likeness of a person or group of people, of a specific building, or even of a tool if you want it to symbolize something. Just some art that doesn't really require any talent, because however you imagine that person to look like is how the statue looks.

It could work like this: you can make a statue of whatever like out of x amount of bronze, or clay, or mud, or stone... whatever. then you could put it on a simple, elaborate, or extravagant base, depending on the materials you have.

Depending on the weight, it could be dragged around like a person between buildings or towns.

Cdls wrote:Explaining Cantr to a newb would be like explaining sex to a virgin.


Let the world hear these words once more:

Save us, oh Lord, from the wrath of the Norsemen!
Top

Nha, add carbonite and then we can freeze the leaders in it. That'd be way better than this mysterious bronze.

Mabye a bronze recipie can be added to a primitive oven, since it's one of the few things made to heat things up that doesn't need iron tools. Then add a bronze shovel so fire pits can be dug, bronze trowels (if they're not already in) to make smelters that should have bronze recipies as well.

Or if smelters are no good for making bronze, make firepits the top noch bronze making machine. In anycase, good luck with that phosphorus. Tin can be used for coins, and copper is far, FAR from useless, but zinc is crap.
Reality was never my strong point.
Top
Post Reply
122 posts