Please post requests for moderation here to be reviewed by the Public Relations Department. Just as General Support, this is NOT the place for chatter, nor the place to debate the requests. 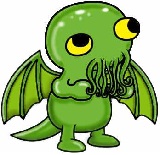 Is sex allowed in public? With or without whispers?

And... The whispers only phrases or even actions?

In my city the people having sex in public using whispers. This is normal?
Top

Unfortunately it is fairly common. Although I would think people would use more discretion now that whispers can be overheard. I'm assuming that's what has happened? If not, don't assume that the whispering is sex. It's not always the case, believe it or not.

Some times the whispers can be heard.... and... sometimes they make mistake and use normal chat where all can read the sex situation.

Sex is ok, but yes, with more discreption. Everyone doesn't like that.
Top

If you ask them to stop or take it indoors OOC, they have to, because exposing unwilling spectators to sexual writing is against the rules.
Not-so-sad panda
Top

The Players Department will look into it.
Top

In my opinion everything that can be seen or heard by third person should be RP'ed without whispering (like kissing, yelling, running, fighting). Anyway sex should be RP'ed in separated rooms or buildings, because some characters might be played by minors or players not willing to see sexual content.
Top

Some people like to roleplay going behind a rock or pile of rocks or trees or whatever to have sex instead of going inside. If they're the only two around said "rock" and everybody else is in the "center of town" (but still outside), could that be reasonable grounds to whisper sex rp? And any overheard whispers be considered as somebody looked in the wrong direction at the wrong time? Should the couple having sex behind the "rock" have to ask OOC permission to do so?

(Not that I'm condoning this... I just want to know PD's stance on these types of situations.)
Top

Snickie wrote:[...]Should the couple having sex behind the "rock" have to ask OOC permission to do so?[...]

Yes.
To clarify, anytime you see:

"Character A is whispering to character B"

The roleplay has to be "indoors" or the player/players (owners of character A and B) has to ask by OOC to the others two things:
- If there is any minor around.
- If they agree to the RP (even when they are not going to participate actively, and probably will not overhear any whispers)

And remember to everyone, before -anykind- of sexual roleplay with a character or in front of a character (even consensual), the player A has to ask by OOC the age of the player B (if the player B decides to lie, that's our problem, but at least the player A will fulfill his/her part. If player A wants to be a little bit more secure, he/she can contact the PD saying the name of the character to know if it belongs to a minor or not).
Obviously, if player A is a minor, he/she can't ask, because no sexual roleplay is allowed for minor players, no matter the scenario.

Also, If someone is witnessing one of these cases, please, contact the PD. It's a very serious matter, and we appreciate all the help.