Forum for general requests for support for players. Both staff members and veteran players can help new players with problems they encounter. No chatting in this forum, please. 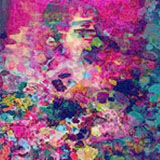 Can someone please comment on what is happening in Genesis and what will be done to bring relief?

Ever since the announcement, newspawns have been flooding into the spawn town and it is overwhelmed. Resources were already meager and now they are being sapped. Dozens of skeletal starving characters are the first thing newspawns see. They can't get clothes or tools and barely any food. It's like a refugee camp.

I don't think this is what you had in mind as an ideal place for new players to experience Cantr at it's best. Please say that something is being done to remedy this situation.

I saw the same and headed out to the north walking since there were no vehicles. On my third day still. This isn't what newspawns need either.
Top

From this chaos I actually feel that I can finally see the early days of Cantr I read about in the older posts, when everything was scarce, tools and weapons were primitive, and people traveled on foot. Some contemporary laws are relics that only made sense in older times. For example, time restriction of gathering project is a common law in many towns. It's only needed when many newspawns set up long projects, takes up slot, and falls asleep, which never happens in modern Cantr.
Top

gudgeon wrote:... For example, time restriction of gathering project is a common law in many towns. It's only needed when many newspawns set up long projects, takes up slot, and falls asleep, which never happens in modern Cantr.

When I first started this response I was thinking that the limitation in harvesting slots was a not an original feature. I believe that I am wrong about that, but I don't remember it ever being a particular limitation that resulted in a change in cantr societal behavior. I believe that it was implemented as one of the many attempts to force some sort of scarcity or trade scenario that was not happening naturally, but I don't believe that it ever served that purpose.
“Now and then we had the hope that if we lived and were good, God would permit us to be pirates.”

Spawning system currently puts all people (newspawns) into one town of the three available ones thus this results the influx. Or at least majority of them. Since most newspawns never wake there's actually not that many people active on town (Probably 20-30). Resource scarcity was intended but perhaps not at this scale where 99% are naked and so on. Intention was always that towns would need each other to do high end things like cars bikes, etc. I agree as player it's... not the most fun place to play at the moment and staff will see about situation

Don't fight a battle if you don't gain anything by winning.
-Erwin Rommel-
Top

I worry about the six new players. Three are still active and three less so. All had started playing before the influx. I would love to know how they feel about it all. All have characters in the 'real' world.
Reveal to me the mysteries
Can you tell me what it means?
Explain these motions and metaphors
Unlock these secrets in me
Describe the vision, the meaning is missing
Won't anybody listen?
Top

gudgeon wrote:... time restriction of gathering project is a common law in many towns. It's only needed when many newspawns set up long projects, takes up slot, and falls asleep, which never happens in modern Cantr.

This was an early problem in Sheeptown... pre Genesis. There were only 7 slots and two were occupied by sleepers I named Carrot1 and Carrot2 because they set up carrot harvesting x100 repeats... And they wouldn't ever starve because they replenished the carrots into their inventory. I passed them stone to at least have them dropping carrots.
Top

Limited resource slots are bad enough in Cant proper. It's insane that they still exist in a tiny world where everyone is spawning into three towns. Can the powers-that-be not recognize that forcing people to disperse is bad for a game that is mostly chat plus timers?
Top

Chris wrote:Limited resource slots are bad enough in Cant proper. It's insane that they still exist in a tiny world where everyone is spawning into three towns. Can the powers-that-be not recognize that forcing people to disperse is bad for a game that is mostly chat plus timers?

There is no dispersing, really. Everyone spawns into the same town. There are two other towns on undeveloped paths. One is in the mountains where the only food is fish and one is in the forest where there is no food. The spawning town has to make food for all three towns and transport it there. A newspawn stole most of the food yesterday. Almost all the animals are gone. Most down to a single breading pair. There's no way to keep the newspawns from trying to kill them.

The spawning town has to make food for all three towns and transport it to them. Pack animals can't traverse the path. The leaders who have the keys sleep most of the time and when they wake up, do nothing. Things are bleak.

On the plus side, there is lots of fun, active talk and people are fairly cheerful.

By the way there's a thing that I'm not sure whether it's bug or intended feature, so I sent a message to PD. I don't post it on forum because it happened within 4 days.
Top

There are now many more animals and resource slots on Genesis. Thanks for the suggestions.

Genesis provides the opportunity to experience creating a world from scratch. They were able to create vehicles, etc. at the beginning of Cantr, so why not now? In fact it'll be easier on Genesis since project progress is sped up twice as fast now. This applies to travel as well. (I just reactivated the speed up)
Joshuamonkey's Blog
http://doryiskom.myminicity.com/
https://writealyze.com
"Don't be afraid to be different, but be as good as you can be." - President James E. Faust
I'm LDS, play the cello, and run.
Top
Post Reply
11 posts • Page 1 of 1