General chitchat, advertisements for other services, and other non-Cantr-related topics

I haven't seen any topic like this but I am very interested in which animals do you have! Post a picture and let us drool in cuteness.

Unless you love some strange animals then you can post it too!

I will try to post some after Easter of my cat. Can't do it atm. My 13 y/o Boston. These are some older pics before he lost his eyesight and a lot of his hair on his face turned white. Thanks for looking.
Top

Ok, here is our small zoo:

This is Henk. It's not one of his best pictures, but I kinda like it and he seems slightly evil on it. He's my husband's and he randomly likes or dislike people. I think I'm glad he just ignores me and doesn't hate me -you-must-die-human- as he hates Bmot 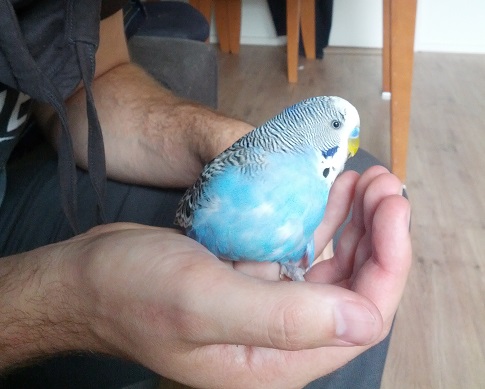 This is Alfred. He's an English gentleman and he doesn't like to play so much. Usually, if you try to play with him, he'd look at you in a "WTF, human", way. But he's nice (with me, nicer than Henk) and he likes when you whistle at him. 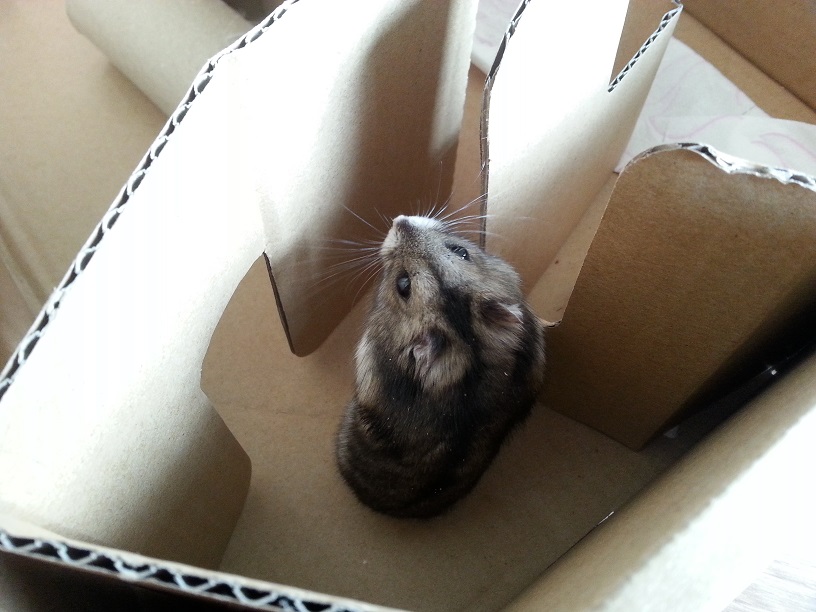 And this cutie here is Svetlana. We had the joke that she was a ex-KGB agent because she has no fear, and she used to be a little aggressive (and she's a russian hamster) but now she's very tamed and nice. If you walk with her in your hand she'll just stay put and look out, and she likes to sleep on my lap (like in the second picture.)
Se was quite grey when we got her, but now in winter she turned much lighter, there are only three months of difference between the two pictures and you already can see the change of color.

It's really funny watching them interact, maybe one day I'll upload a video, also. Henk is scared of Svetlana if she's in her running ball. And she chases him around the house until he gets tired

. If she's outside the ball, he wants to pick her, but doesn't dare. And she doesn't really care and tries to steal his food.

The two birds don't interact so much, but Alfred likes to be in Henk's pole or cage. ("Look at me, I have a mansion!") And Henk tries to steal Alfred's food. But, eh, I don't know what food has, because if you let her, Svetlana makes it dissapear. She's like a vacuum cleaner.

And Alfred and Svetlana started trying to attack each other. I'm going to bite your feet, I'll bite your eyes, that kind of stuff. But now he goes to her cage and starts chirpling to her to make her go out, and she goes to sniff him, and they spend long periods of time just sniffing and looking at each other. They are funny.

And she's so cuuuute!!

Quebec Lima Delta November
Something like a story
Top

An old picture of our birds. Cicero is much older now, no baby feathers left, and looks like Felix in the background.

I was just thinking that it had been an awful long time since I last posted pics of my animals, and there's a disconcerting lack of Snick pics on my cell phone.

Then I realized that
when I'm with my animals, I'm usually too busy cuddling with them to take pictures.

Alright, as promised, here is my cat - Pay. A Norwegian Forest Cat. This is when he had 7 weeks:

Right now he has 1 year and is one giant cat (6,5 kilograms and more than half a meters length).
I've also made an album when he had 7 weeks for those that want to see the little devil

Reminds me of my old Maine Coon, Rascal.

Those pics are way too cute, Goriath! Especially the second one in the album It's Polish Tatra Sheepdog. She looks cuter in the winter when she turns into a fluffy (and naughty) ball of fur.

“Man sacrifices his health in order to make money.
Then he sacrifices money to recuperate his health. He is so anxious about the future that he does not enjoy the present; he lives as if he is never going to die, and then dies having never really lived.”
Top
Post Reply
10 posts • Page 1 of 1