Hi everyone. I'm just posting something short and sweet to say goodbye to the game, the staff, my friends. I am glad that my work in RD will persist and that my works in-game will continue to exist, but now it's time for me to say goodbye to this game forever. I'll apologise for the short notice everyone received in-game: it was a very sudden decision. However, it was not one I regret and I look back at the game with fond memories. Thank you for helping me create those.


Disclaimer: all of these stories including the linked posts are very personal and shouldn't be considered factual. They're not based on objective events and obviously none of the information should be used in-game.

He'd whisper in your ear one thing, then tell the neighbours another! He'd tell you what's pleased, smile, press a ruby in your hand. My dear. Quite right, San D'Oria, that Avren Banner is a handful-- what's that, Ms. Banner? Yes, those people in San D'Oria sure are awful. Oh, thank you for this generous contribution! The line between his own opinions and those that he made up to please others soon started to blur and in time both name and thoughts became synonymous with the university. He loved everyone equally, desired to profit from everyone equally, and that pristine academy required the delicate balance to be upheld. Yet, he was unapologetic to the very end as he told his dearest students: "I have something terrible to tell you. Calm down, I have no time for histrionics."

Now, he is gone to overlook the university from above. His taxis, ferries, library, museum, bathhouse. I thoroughly enjoyed played this character and the freedom that came with playing him, be it a hundred wooden signposts blanketing the island, the university rings scattered throughout the world, or the enormous gift bag project with roughly half a thousand artistic gifts. I'd like to thank every single character that played a role in the wandering storybook that was Elyos Vycarius. Thank you.

Aubergine Parkinson
Desert rat turned fortune teller, dwarfeminist activist, drunkaholic to the extreme. She was in tune with the finer things of life: brandy, wine, vodka, beer... etcetera, but also things more magical than that. Or was she? I think that near the end (sitting in her summoning circle of the magical library in old Olipifirovash, having just failed to summon the booze demon, on the edge of passing out) even she didn't know whether she was still scamming people or truly aware of some link to the otherworld.

In accordance with her will she is to be oiled up, tossed in a vat of booze and put on display.

Ms. Angelou
Cold-hearted capitalist with a fondness of the drink, cannibal witch, drug addict, but a heart of gold (literally). Village girl picked up by a man whose eyes showed the promise of great wealth. Over time she saw her wiccan ideals transform before her eyes as the coins started to piled up in their gold mining office. More power, more wealth--! Surely it could be achieved, but how? There was magic in the ancient world, in the bones of old, in the flesh of leaders murdered. Now, how fine the taste of these sausages...

You look down and notice a grimoire that hadn't been there before.

Qhal Marigold
Owned a little candle museum in the Silkwood, making beautiful sceneries in wax. Cottage chic for the fashionable housewife... until the walls came tumbling down, until there was trouble in paradise. 'Twas the fruit of that forbidden tree whose mortal taste brought death into the world, and all our woe. Elsewhere, other fruits were tasted, but they were all rotten and I'm sad that his life ended in turmoil. It was a beautiful story. Thank you.

Olivia Marypop
It's yo girl Marypop / in the saddle giddy-up; ♪ Once a little San D'Orian village girl, kitchenmaid, courier, briefly served the baroness before making her escape from lethargy into the greener pastures of the world. Ended up narrowly avoiding a coup d'etat elsewhere, slipping aboard a ship that she bought with her legitimately acquired tradegoods, and exploring the hills of Raj. Hunting elephants, a life of petty theft, strolling through the Polish markets-- one day, a radio message brought her to the doorstep of Dom Hofran. Coastal town, bustling with life, brimming with hope... but they kept a dark secret, a political prisoner kept hidden from sight. Took a trip, took a horse, took two friends / dived wild, dived hard in strange lands; / Sailed a ship outta town at Rose port / sailed tides away from Harvey fort; ♪

At the end of her turbulent career as troublemaker (it's strange how that works out) she settled down in Drojf as a rap revolutionary, handing out the MacGregor wealth like there was no tomorrow. One day, there wasn't.

Splitlip the Black
Omeotian ostrich-rider that escaped by ship, fell in love, and had stories so beautiful I daren't retell them lest I spoil them with words. Perhaps he'd have shelved them in his little library at the Omeo university... one of those rainy days where the world ends, perhaps. Losing this one was hardest and I'm sorry one of his last words had to be joking around, "I'm afraid I'll literally die of this cold". Sorry, I can't write more for this one; no words do him & his friends justice.

Zavyr Robyx
Explorer of worlds! Rode around on a horse, with a cart... and in that cart was an ostrich. The three of them were best friends and had great adventures in the heartland of Pangeas. Slowly, he started to lose his mind and became romantically involved with Susie the strusie-- he had to stop himself! It pecked at his lips and squawked, then it had to go. I'm just kidding. Their friendship was a little weird though. Cartographer, friend of foreigners... in his youth he fought a pirate, fell in love with the captain's sister, didn't mind that too much 'cause she had a man. Ended up spilling stew all over his darn map. Life's cruel.

Bernadice
Extortionist. Politician. Explorer. Dabbled in the sculptured arts once.

Elizabeth Lionheart
The sailor that never reached her destination. Wrote an elaborate will that nobody cared about.

Augusta Suikerbuik
Fought the foreigners that sought to keep her down. Slayed a dragon. Found a friend in Biin Hejj.

Thank you for being part of the story. Thank you also for your contributions in the RD. Your characters were so wonderfully horrifying!

You're one of the players that contributed the most to the world, Wiro. It sucks you had to leave, and I'll miss playing with you, especially Miss Angelou. She was so very amazing.

The world is so much smaller without you.
"Thank my bottom and call me a biscuit."
Top

I'm sorry to see you go, and I wish you well. I've always held high respect for you as a staff member, as well as for your character Elyos.
Joshuamonkey's Blog
http://doryiskom.myminicity.com/
https://writealyze.com
"Don't be afraid to be different, but be as good as you can be." - President James E. Faust
I'm LDS, play the cello, and run.
Top

You will be terribly missed, but thank you so much for the time you spent here to make all of our characters stories that much more fulfilling to play in some way. You really set the bar high for character development. Good luck in your future endeavors, Wiro.
http://www.marosia.com
https://www.facebook.com/marosia.pbbg
Top

Thank you for all you've done for the game in your capacity in the RD and also for what you brought to this world with Elyos. Elyos has to be one of my all-time favorite characters. However, I also understand that sometimes certain decisions are for the best. All the best to you out in the real world.
Top 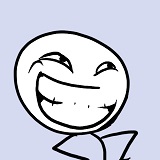 Goodbye, Wiro. I'll miss your characters, especially Ms. Angelou. You brought such uniqueness to the game and were always so helpful with your work in RD. You'll be missed. All the best to you.
Top

Knew a few of your characters and was impressed with the big movers and shakers... but I have a character that will be especially broken up over the loss of one of your minor ones. Cheers, and thanks for the fun. You're quality.

I knew a few of those. Some of my characters will be devastated when they find out; the one(s) they knew were their hope for a better future.
I think ...
Top

You're a star, Wiro.

I've met many of yours and they all have been excellent.

I'm amazed by the different chars you played, and the four or five I got to meet were a joy to read. Never thought they were from the same player. Now I regret not having more interaction with them. Kudos for the quality you reached, you've been an example to all of us. Wish you the best in whatever you use your free time from now on.
"What we've got here is failure to communicate"
Top

Olivia was absolutely maddening; it's a pleasant surprise to find that her player isn't just like that* because she was very authentic. I'd have never called her and the other three of yours I encountered/knew being the same player :O Skilfully done!

Hope your future creative endeavours treat you well, Wiro, and feel free to PM me if you want to know which of our characters met